Every one of us goes through stressful life events. Some may experience a sudden change, while others take time with the slow process. There are instances that people deal with the stressors in a very applicable way, while others struggle in keeping their physical, emotional, and mental health in shape. And when there is too much stress, the reaction tends to go stronger and unexpected.

In some life events, people understand the need for adjustment. However, not everyone has the courage and strength to deal with it. Thus, they experienced a mental and emotional breakdown. Sometimes, they begin to feel uncomfortable with their life decisions, making them weak and vulnerable to all sorts of stressors.

In line with the need for adjustment, some people struggle with the anxiety that accompanies it. Let us try and learn how adjustment disorder with anxiety affects life through these frequently asked questions. 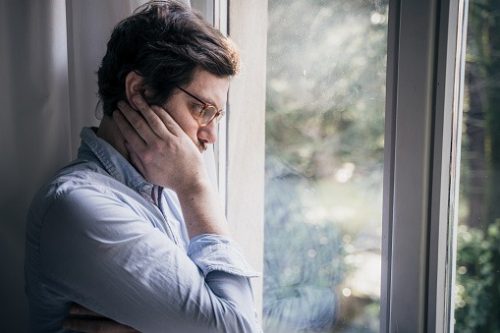 How do you treat adjustment disorder with anxiety?

But note that before taking any of these medications, you need to consult your doctor first. Do not settle on the information you get from other people or the internet. Instead, follow a reliable source of the coping method from an expert or a licensed professional.

Is adjustment disorder an anxiety disorder?

But of course, it is vital not to ignore damaging symptoms. If the anxiety from the necessary life adjustment is taking a toll on your daily function, you need to work your way by keeping your emotional and mental health stable.

What causes adjustment disorder with anxiety?

Adjustment disorders come from significant stressors in life. Usually, the mental health condition’s common trigger is the sudden or unnecessary change people had to go through without warning. But factors causing adjustment disorder are not limited to that since genetics, stressful life experiences, and temperament can increase the likelihood of developing the disorder.

How do you overcome adjustment disorder?

Some individuals can get a hold of their adjustment disorder and work their way to treating it naturally. However, some need professional treatment. People who can’t handle or manage the disorder require therapy, especially cognitive behavioral therapy and trauma-focused therapies. These therapies help them achieve healthy coping strategies that encourage them to make positive lifestyle changes, build self-confidence, and set and achieve goals.

If by chance, therapy cannot seem to work alone in overcoming adjustment disorder, one needs to focus on self-awareness and self-care. There should be an allotted time, energy, and effort to keep one’s mental health in good condition.

How serious is an adjustment disorder?

Adjustment disorder is somehow manageable with the right mindset and proper self-care. However, if the adjustment period becomes less comfortable and convenient and cannot resolve even a simple problem, it can eventually lead to serious mental health issues. It could increase the risk of having depression, anxiety disorders, and substance abuse.

When this happens, it is most recommended to consult a therapist right away. 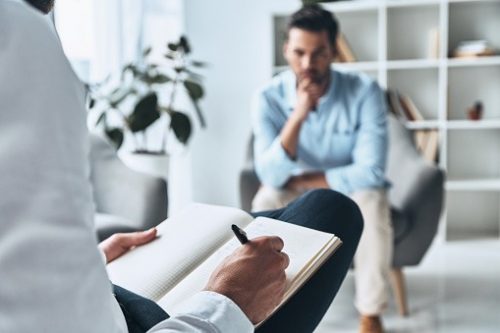 What therapy is best for an adjustment disorder?

The best and most recommended therapy for adjustment disorder is Psychotherapy or also known as talk therapy. In some instances, a prescribed medication also helps. But note. It is significantly important to talk with your therapist about the options you have to better manage your adjustment disorder.

At some level, chronic adjustment disorder may feature symptoms longer than six months. These symptoms can potentially cause major disruption in a person’s personal life as it affects his ability to create decisions, solve problems, and socially connect with others. Many people mistakenly think that adjustment disorder is just caused by stress and is less serious than other psychological disorders. Unfortunately, it is not. Adjustment disorders may be an emotional response. But when not treated, it can quickly lead to depression, substance abuse, and other serious mental health problems.

Is adjustment disorder the same as PTSD?

No. Adjustment disorder is different from post-traumatic stress disorder (PTSD). Its response syndrome does not create the same reaction to a life-threatening event compared to PTSD. Adjustment disorder symptoms tend to last shorter periods as they deal with current events or changes in the environment. PTSD, on the other hand, tends to last an extended period as it gets triggered by an overwhelmingly traumatic event.

Is adjustment disorder a disability?

There are lots of people that consider adjustment disorder as a disability. Perhaps that is because the condition makes it difficult for them to cope with a stressful situation, especially after getting exposed to a trigger.

How is an adjustment disorder diagnosed?

Diagnosing adjustment disorder can be quite hard due to its symptoms associated with other mental health issues. Some Adjustment Disorder/Stress Response Syndrome (AD/SRS) symptoms include excessive worry, palpitations, sadness, hopelessness, headaches, anxiety, and frequent crying.

Note that even if these symptoms are generally present in cases of adjustment disorder, you should understand that people deal with stressors differently. They experience triggers differently, so they also require different treatments. 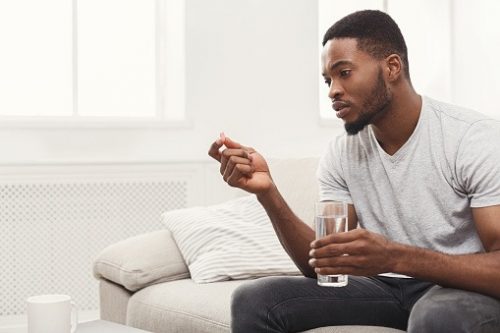 What is the drug of choice for anxiety?

The best drug choices for anxiety are antidepressant agents such as selective serotonin reuptake inhibitors (SSRIs). It includes the most commonly prescribed medication, Benzodiazepines that are also known as tranquilizers. These are drugs such as Xanax, Klonopin, Ativan, and Valium.

Please check with your therapist or doctor before taking any of these medications.

What is the disability rating for anxiety?

A percentage from 0% to 100% can state the rating for anxiety, depression, or adjustment disorder. These ratings focus more on the individual’s self-care ability, occupational and social functioning. A total of 30 percent VA disability rating determines anxiety level through mild and severe symptoms.

What does a 70 PTSD rating mean?

A 70% PTSD rating indicates an occupational and social impairment. It gets categorized with deficiencies in most areas of a person’s life, such as school, work, family relations, romantic relations, judgment, cognitive ability, imagination, creativity, and mood. Sometimes, there is also a build-up of obsessional rituals that somehow interfere with routine activities.

Can I get a disability for anxiety and panic attacks?

In some extreme cases of anxiety disorders, some symptoms can be severely debilitating. That is especially if it involves panic disorders, series of phobias, generalized anxiety, post-traumatic stress disorder (PTSD), and obsessive-compulsive disorder (OCD).

Are stress and anxiety considered a disability?

Mental health problems, particularly anxiety, stress, and even depression, will only be considered as disabilities if these conditions adversely impact the performance of an individual’s everyday activities, decision-making ability, problem-solving skills, self-awareness, and social connection.